King David is nothing if not a worshipper, and Psalm 63 is nothing if not stirring. It drips with incessant desire for God, because David was a man who could not get enough of God. The verbs that David chooses when expressing his desire for nearness with his God contain both intensity and intimacy.

God is not a math-problem to David. He is not a theory. He is not just a God to be explained but a God to be known. This Psalm is saturated with the relational–eminently personal–state of what the worshipping heart looks like. It seeks, longs, thirsts, and faints for God.

Therefore the Christian life is a life of not only believing in someone, namely, God, but longing for and taking satisfaction in him also. The normal Christian life believes in, earnestly seeks out, thirsts for, longs for, and faints for the Father, Son, and Holy Spirit.

Let’s look at the first verse of the Psalm a bit closer:

This is the kind of emotion David is trying to comunicate. David is saying, “He’s MY God. Yes, I know he’s your God too. But for now, in this moment, he’s all mine. Mine. Mine. Mine. And I will chase after him till I find him. Earnestly. Wholeheartedly.”

Lest one think that I am making David’s worshipping heart far too individualistic, it is clear that David is reflecting and remembering his time in the sanctuary of God with the people of God (Ps. 63:2, 6). Yes, his chief desire is to be near his Maker but not to do so apart from his people. David’s worship isn’t an it’s just-me-and-Jesus kind of worship. It’s an it’s me-and-Jesus-with-his-people kind of worship.

“my soul thirsts for you”

I’ve been thirsty, but not wilderness-thirsty. David here is wilderness-thirsty. He may have written this in the time when he was fleeing crazy King Saul hiding in caves or when he was brokenhearted fleeing his son Absalom and his rightful kingdom. Either way, he’s on the run and would have known what it was to be homeless and truly thirsty. But here his thirst is tied not to physical lack but a sense of spiritual lack. The throat of his soul is parched for God.

He is in desperation to drink in God’s presence and draw near to him. He knows without the presence of God his heart is as desolate as the wilderness he is in. He also knows that when one is surrounded by barrenness one can still be filled with God. His circumstances may be “dry and weary” (63:1) but his heart can be alive and alert in God. Therefore he will not let his surroundings and circumstances become the center of his life and the dictator of his emotions. To the contrary, he will “rejoice in God” (63:11).

“my flesh faints for you”

Allright, this seems dramatic. Faint? Like a teenage girl passing out backstage after a Justin Bieber concert kind of faint. Well, not exactly. Remember we are talking about the guy who cut off Goliath of Gath’s head with the giants own sword–that guy. This Philistine-killer faints for God. His flesh boldly stands up to God’s enemies, but will lose all its strength without closeness with Jesus.

The NIV puts it this way: “my whole being longs for you.” Again we are struck with the intimacy of a worshipping heart. David is saying, “Everything within me wants to be with you. My intellect, my emotions, my will, my body itself is all devoted to you. I am yours. You are mine.”

David is not a calm, cool, and collected worshipper. He is a man restlessly devoted to chasing after God’s heart. He desires God so much so that he even clings to him (63:8). Like Paul the apostle David knows that all that is worth living for and makes all of life worth living is the “surpassing worth of knowing Christ Jesus” (Phil. 3:8).

Do you have this kind of a worshipping heart? The kind that worships with emotions proportionate to the worth of the object of worship.

God, do it in your heart, and, mostly, in MINE.

…a steady view of the glory of Christ, in his person, grace, and office, through faith…is the only effectual way to obtain a revival from under our spiritual decays…

The Puritan theologian John Owen, in his Meditations and Discourses on the Glory of Christ, discusses the central way to overcome this and to experience revival,

Are we, then, any of us under convictions of spiritual decays? or do we long for such renovations of spiritual strength as may make us flourish in faith, love, and holiness? We must know assuredly, that nothing of all this can be attained, but it must come from Jesus Christ alone. We see what promises are made, what duties are prescribed unto us; but however we should endeavour to apply ourselves unto the one or the other, they would yield us no relief, unless we know how to receive it from Christ himself.

The only way of receiving supplies of spiritual strength and grace from Jesus Christ, on our part, is by faith. Hereby we come unto him, are implanted in him, abide with him, so as to bring forth fruit. He dwells in our hearts by faith, and he acts in us by faith, and we live by faith in or on the Son of God. This, I suppose, will be granted, that if we receive any thing from Christ, it must be by faith, it must be in the exercise of it, or in a way of believing; nor is there any one word in the Scripture that gives the least encouragement to expect either grace or mercy from him in any other way, or by any other means…

This, therefore, is the issue of the whole:— a steady view of the glory of Christ, in his person, grace, and office, through faith, — or a constant, lively exercise of faith on him, according as he is revealed unto us in the Scripture, — is the only effectual way to obtain a revival from under our spiritual decays, and such supplies of grace as shall make us flourishing and fruitful even in old age. He that thus lives by faith in him shall, by his spiritual thriving and growth, “show that the Lord is upright, that he is our rock, and that there is no unrighteousness in him.” [Source: http://www.ccel.org/ccel/owen/glory.ii.iv.html] 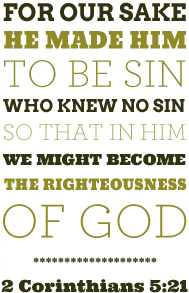